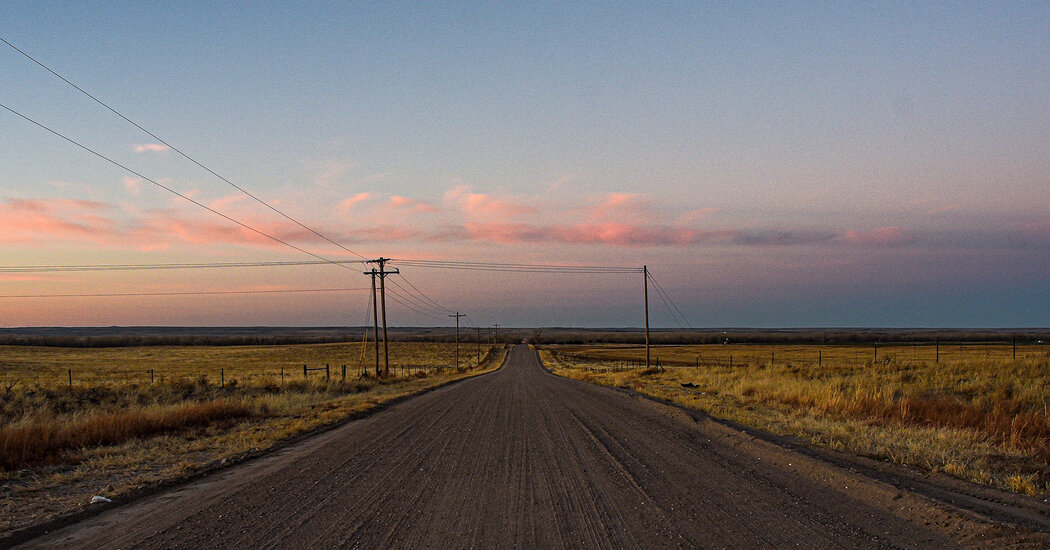 I had only been on a meandering trip across America for a few days and I was already getting into some kind of nocturnal routine. Earlier in the day I had found a promising campsite in the Ozark National Forest. Now I climbed a secluded forest road to get there. My tires crackled over the rough, potholed surface.

When I could no longer hear the noise of the road from the picturesque motorway that led me into the mountains, I found a small clearing in the forest, got my car on a level position and climbed backwards. I took my camping stove, stepped outside into a light rain, and lit the burner under a high canopy.

All night I was shrouded in a thick, misty haze: not much to see, windshield wipers tilted at their fullest. I hadn’t interacted with anyone in days, and now even the landscape was invisible. But the rain seemed to be easing – enough in this little clearing to heat a pot of water for a single cup of tea. In the morning I thought that if things would clear up, there would even be hope of seeing the surrounding mountains in their autumnal splendor.

So it seemed for much of 2020: Our lives – and our country – were surrounded by a haze of uncertainty, without knowing whether the next day would bring a little relief or a deepening of our loneliness.

In October I set out to witness and document this unique moment in American history – to observe our country calmly and attentively, to analyze its landscape.

To limit interaction and prevent exposure, I upgraded my car as a makeshift RV, removed the rear seats, and installed a sleeping (and living and working) platform in their place.

After stocking up on food and water, I drove southwest from my hometown of Hudson, Ohio, largely avoiding highways and preferring to drive more slowly through less populated areas. I spent most of the nights on remote, unimproved campsites – apart from all the developed campsites – in our extensive network of national forests.

On many of my previous trips around the country, my mood has been bolstered by the fleeting social interactions that occur sporadically throughout the day – in restaurants, motels, knick-knack stores, and campsites.

Traveling in isolation, however, was a categorically different experience.

Even in the informal places where travelers still gathered – petrol stations, cafés, rest areas – there were generally no spontaneous conversations, no exchange of experiences, no feeling of spontaneous connection. Strangers have done business and, still strangers, have gone their separate ways.

Without the promise of social interaction, the landscape itself – both natural and constructed – became my focus.

As I looked at the photos from my trip, I found that my eyes were drawn to projections of my own isolation: lonely structures, uninhabited scenes, lonely tire tracks.

When I looked outside, I looked inside.

What also impressed me were the scars. City after city, I saw sidewalks emptied, shops struggled, restaurants barely clung to life.

It all added up to the same dire assessment: the pandemic has felt like an accelerated, accelerated trend towards online commerce threatening the future of brick and mortar and street stores – the economic and communal pillars of small cities across America.

The economic fallout was not the only visible trauma. In Colorado, Oregon, and California, the widespread effects of the worst fire season were pervasive.

As I drove west on State Highway 14 from Fort Collins, Colorado, I watched the crews fight the Cameron Peak Fire, the largest in Colorado history. The devastation along Oregon’s Highway 22 was amazing.

The political divisions in our country were omnipresent as well – in the form of courtyard signs, flags, billboards.

In some places the public stance read like a communal declaration. More than at any other time recently, corporations (as opposed to individuals or homes) seemed to be boasting of their political affiliations.

There was, of course, an endless variety of beauty. As I gazed at the sandstone arches in eastern Utah, standing still over the pristine waters of McDonald Creek in northern Montana, and looking out at a herd of bison in southern Colorado, I saw the grandeur and uncertainty of our natural treasures reflected in their own forms.

When much of the American landscape can be read, so is a lot that is continually being rewritten – especially in our forests, meadows, and wildlife sanctuaries, the settings for our never-ending attempts to strike a balance between conservation and extraction, profit and conservation.

In many ways, the trip felt like an expansive ode to such places – especially our national forests.

Twelve days and about 4,500 miles later, I woke up before dawn in the southern sections of the Bitterroot National Forest near the Idaho and Montana border. Outside temperatures had fallen into the low 20s; I would not have noticed it. But when I opened the door, I felt a cold draft.

I peered out into the darkness.

Frightened by the cold and attracted by the Montanan landscape, I decided to take an early start and descended the mountains north towards Missoula. I went into a trance early in the morning – until 20 minutes later I saw a fellow passenger who pulled his car to the side of the road and left it. He stared into the distance.

I turned left towards his gaze and saw Trapper Peak, purple and majestic, clad in indescribable beauty. Somehow, inexplicably, I hadn’t noticed its size.

I hit the brakes and stopped about 100 feet away. I also got out of my car and stood on the side of the road.

Together in solitude we recorded the scene.