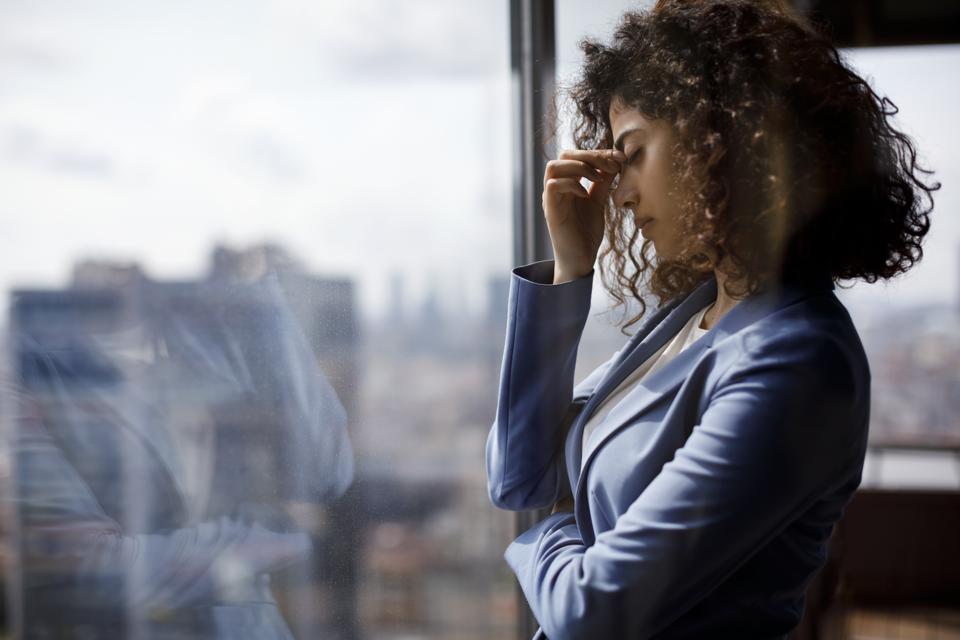 In many countries we are grappling with spikes in Covid over the winter and the UK has been hit very hard this month. In our first two weeks, 20% of my management team were sick and a group of people suddenly plunged into a childcare crisis. This has had an impact on the resources and project management of the daily services. We worked very quickly on re-calibrating what we are doing, what was prioritized and hiring temporary workers to fill in the gaps. We want to take care of our employees and ensure that our customers’ needs are met. These two goals, which are usually completely congruent, are inevitably somewhat difficult when the staff is small. I’m not alone. Talking to many colleagues and those currently working in health care and on the front lines, there is tremendous pressure to work, to seek and to work under imperatives that are not “nice to have”. It takes its toll on health services, police, supermarket staff, and more. There is talk of long-term mental health effects, with risks to employee wellbeing that may become more noticeable when we return to our daily routines.

So when everyone has a brief backup, there is an increased risk that minor disagreements will lead to long-term conflict. The dynamics of power in the game can make a bad situation worse, and in order for teams to survive this terrible ordeal with relationships intact, we may need to self-reflect. In this article, I’ll provide a glimpse into the unhelpful power dynamics I’ve observed in my work as an organizational psychologist, and some examples of when it’s going wrong and right. Spoiler alert, the answer is not that managers need to do more than as much recruiting seems to say.

I recently met a team leader who had been very supportive of a direct report that was deregistered with stress, provided access to advice, and the team leader actually took on extra work to make his vacation easier. They were then accidentally notified in an email to the entire team from the direct report that said it was not well supported.

Another similar story is about a retail manager who was labeled rude and unreasonable by her employees for not being able to give an employee the weekend off with 48 hours notice (however, none of those employees would cover the shifts).

There are brewing problems between colleagues. Those who take time off for childcare, for example those who occupy the fort. I heard a complaint from a senior manager that those who are not having children while we run around to support those with teenagers at home could use more appreciation for their continuity. I have heard of a co-worker who goes beyond their own difficulties without a filter, expects undue compassion from co-workers who are severely lagged but unwilling to tell others, and then act hurt when they don’t feel “heard”.

People who have been on vacation feel ostracized and fearful, which creates more problems for the team with the “us and you” type, even though it might have been necessary to keep the company afloat. I have also come across a couple of stories of employees on leave who have been offered and declined connection and support, only to then complain that they did not.

People are suffering right now and the cracks are showing. But how much of it does the manager have to absorb? How much leeway should we give before acting to manage the impact on team culture? I don’t think it’s about acting, I think it’s about how we do it. Much of the current management training focuses on a pseudo-parental leadership style. One where everyone has to feel that they are in good hands and that they are being listened to and where the boss has to be generous and patient at all times without showing a crack in the armor. This style is meant to counteract bad management that emerged from old-fashioned patriarchal work cultures, but these may not relate to your current situation. Indeed, there is evidence that servant leadership paradigms discriminate against disabled, female, black, and other underage leaders because we don’t need correction and feel compelled to serve rather than impose boundaries. Teams often bond by looking at something their boss said or different team members. This may be harmless enough from time to time, but how quickly do they become a group and does it turn into bullying and manipulation? I have known managers who let go of mistakes and miss appointments because they were afraid of not being liked. Your employees knew this and could use it to their own advantage. At the best of times, this can turn into toxic crops. In an international crisis, this can be the end of team cohesion, the start of burnout, or worse.

Therefore, I would advise colleagues and managers who have been put in the role of the oppressor or who are struggling with conflicts that break out to break away from the drama triangle together. The patterns of the drama triangle of victims, rescuers and persecutors can be very deep for you and your co-workers. This can be triggered by previous scenarios unrelated to work or the current crisis.

The antidote to these games is to stay in adult mode. Be firm, fair, and in line with boundaries. Don’t let it get personal and seek mediation or action if necessary. A transparent letter can work wonders once the pout has settled in. It is your responsibility to bring up examples like the above, and you must do so before they affect your wellbeing and others. If the anger is directed at you, you don’t have to just accept it, you are not a parent. Keep in mind who you trust and don’t look for allies on the same team, but for a mentor who works at a higher level, or maybe for a trusted other company if you need a sounding board. This is crucial right now as stress levels bring everyone’s trigger points to the fore and people fall back into archetypal, familiar patterns of dealing with conflict, some of which may be profoundly of little help at work. The best you can do now is to avoid the drama itself and remember the golden rule – rescue is not management, even if it feels expected.

A co-worker I know predicted that her ability to work would be severely impaired with her two very young children, who are now home during a lockdown, and her father, who is also sick. So she worked out what she thought possible before talking to her team about what they could take over and calculating a cost-neutral temperature for the gaps. She did all of this before going to her boss to discuss and approve the temporary solution.

A coworker worried about his teammates while on vacation took time to call them every week and started an evening online quiz so they all felt like they were still connected even though he was overwhelmed during the day.

A supermarket manager who knew an employee had suffered significantly from Covid in the first wave and was afraid of a worse second infection, quietly moved his shift to a role where he could work from home, self-isolating for the January boom while calling online customers to help them resolve any questions.

Proactive, well-engineered problem-solving makes a big difference. Work cultures, where everything is rolled up for the almighty parenting boss to solve, are toxic both before and after the pandemic. They do not lead to long-term productivity, high performance, or sustainable well-being. You absolutely depend on this boss to be consistently good and to have everything under control. This is a risk if that boss is a savior or a pursuer / victim.

To the tired bosses at the moment I see you

So I have this message to all of the tired bosses out there at the end of a difficult month, wondering when this will end, trying to write budgets for a year that no one can yet predict and deal with conflict in pastoral care. See you soon.

Don’t be afraid of being vulnerable, you can authentically report the difficult decisions on your plate and your own workload without losing face. In fact, this is likely to instill confidence, not undermine. Talk to your employees about the company, which has a lot of sensitive information about various needs that cannot be disclosed, such as: B. Bereavement and illness. However, you need to have a little bit of faith in your judgment and be open about communicating when needs are discovered instead of waiting. Your extra managerial salary doesn’t oblige you to do all the work that no one else has time for. It’s about taking more responsibility and responsibility for the bigger picture. So don’t take on all the additional tasks, you won’t make it through the distance. Your employees are adults. You can be confident that they will find solutions to common team problems upon request. Ask her. It’s not just up to you and it could be really helpful and confidence building to help. You can’t pour from an empty cup. Nor do you need to reach out to your own boss, contact colleagues in different departments or teams, they have many of the same problems and may have thought of some good ideas.

I have asked my team to practice “forgiveness” – which means predicting that we will make mistakes, say things hastily, forget to acknowledge them, or react quickly. I have asked all of us not to take things to heart now, exchanging apologies and reminding ourselves that we are all in the same storm but have very different boats in terms of resource management. This winter is long. In a crisis we can turn our jobs into a safe haven by storm if we are able to share problems instead of rolling it all up and down, taking a grown-up, solution-oriented approach, and giving each other professional courtesy.

Aftermath of big rockfall in Dorset filmed by drone