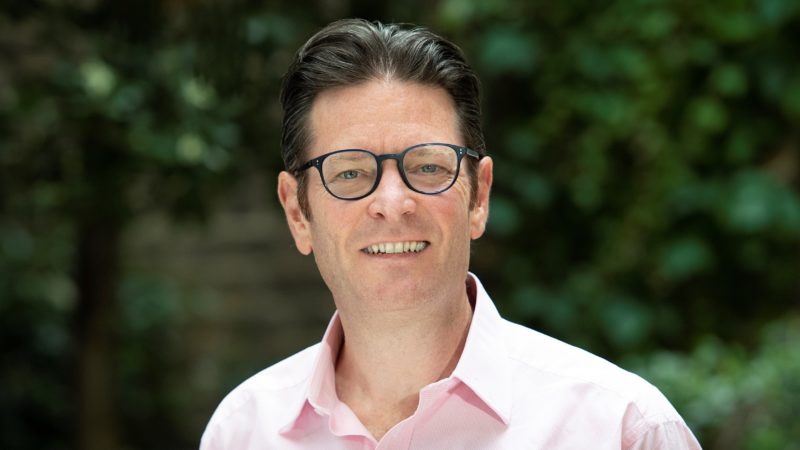 Previous recessions have shown this can be a fruitful time to start a business. Airbnb and Uber, for example, were founded during the 2008-09 financial crisis. If you go back even further, FedEx and Microsoft were born on either side of the 1973-75 oil crisis. In times of stress and struggles, people have to think and work even harder, which can lead to higher rates of innovation.

While this is by no means easy for companies, the Covid-19 crisis may lead to a revival of entrepreneurship. The idea that the crisis introduces an opportunity has been repeated many times and may be the case today.

The UK economy is going through a difficult time – 2020 is forecast to decline by 11%, which would be the worst in a century. As a venture capital entrepreneur with stakes in more than 40 companies in a variety of sectors that we have assisted with early stage investments, I know we need to stay positive. Why am I still optimistic about entrepreneurship despite the grim economic climate?

First, Britain has a long tradition of small business and entrepreneurship. French statesman and military leader Napoleon described us as a “nation of shopkeepers” and although he meant it as an insult, I take it as a compliment.

We often forget that most of the economy is made up of small businesses, rather than the big companies that we hear about on the news all the time. The UK has 5.9 million SMEs – companies with fewer than 50 employees – accounting for 60% of all employees and 50% of total private sector sales.

People are starting new businesses all the time. Recently, record numbers of businesses have been launched every year – some will flourish, others will fail, but this is a natural part of the business cycle. We need to be more comfortable with failure – one of the reasons the US has such a dynamic corporate culture.

Second, from our corporate portfolio, we found that companies that have been innovative in the past few months can thrive. A profitable, well-run business – big or small – is still profitable. Finally, consumers still need to eat, wear clothes, get an education and take care of their health.

To name just a few examples, Thriva offers home blood test kits that people can use to track their health and take preventative measures themselves. Another company currently aiming for growth is the Kinteract teaching platform, which evaluates student progress in real time and provides a digital learning record for each of them.

While companies in certain sectors have had to be mothballed, the best have used this as an opportunity to plan their post-pandemic strategy. Additionally, some of our hospitality or tourism companies that were particularly hard hit by the lockdown got the imagination going.

Sourced Market, for example, had three grocery and retail stores in prime central London locations that have been closed or quieter than usual in recent months. Instead, it opened at a premium petrol station on the M1 near Leeds, in a location that promises much higher footfall at the time.

Third, companies with strong leadership should be able to navigate the crisis. Entrepreneurs tend to be problem solvers with high levels of resilience and a positive attitude. We always say that we support people through products – and this saying is still relevant.

Finally, my business experience fills me with hope for the entrepreneurial instincts of young people. In the past few years, successful entrepreneurs had often dropped out of school to start their business. We are now seeing a trend of young people starting small businesses in school or in formal tertiary education.

Many universities have actively promoted this and formed hubs to set up and support startups. Not everyone can be an entrepreneur – it takes tenacity, sacrifice, and an eye for opportunity – but those who want to should try.

Despite the difficulties, Britain remains a powerhouse of entrepreneurship. The government recognizes that small businesses are the lifeblood of the economy, and VCT and EIS managers are key to creating and nurturing this start-up culture.

A positive attitude is key – this country has a bad habit of prophesying itself. However, if we can embrace what the Prime Minister calls the “doubters, spoilers and gloomy ones”, then, looking back at the current era, we can actually see that the Covid crisis has sparked a new wave of entrepreneurship in the UK.

Andrew Wolfson is the CEO of Pembroke

Entrepreneurship schooling and the conundrum of unemployment | The Guardian Nigeria...

Why entrepreneurship needs to be promoted in early phases of life