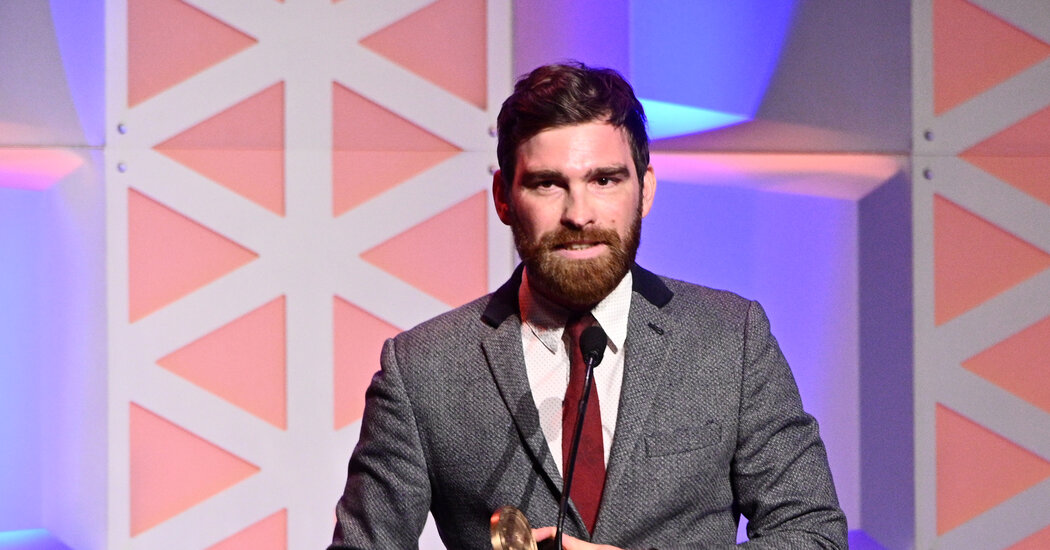 Almost two months after the New York Times announced that the 2018 podcast “Caliphate” was not up to journalistic standards, Andy Mills, an audio journalist who helped create the series, is, according to a memo from the newspaper dated Editor-in-chief Dean Baquet and editor-in-chief Joe Kahn left the company on Friday.

Mr Mills confirmed his departure in a brief interview on Friday and posted a note on his personal website describing the reasons for leaving the Times.

He joined the paper in 2016 after working on Radiolab, a podcast on the New York public radio station WNYC. He was part of the team that created The Daily, the Times’ most popular podcast, and later co-hosted Caliphate, a 12-part series about the Islamic State terrorist group.

In February 2018, two months before the debut of Caliphate, an article in New York magazine The Cut about sexual harassment on New York public radio reported that Mr. Mills had been the subject of complaints while at Radiolab.

Women interviewed for the article said he asked them out on dates, gave unsolicited back massages, poured beer on the head of a woman he worked with, and said a woman in the office was because of her gender because of a man had been set.

WNYC Human Resources investigated Mr. Mills’ behavior, reported The Cut, and issued him a warning while allowing him to keep his job. In an interview for The Cut, Mr. Mills admitted much of the behavior described in WNYC’s HR report.

In Friday’s memo, Mr. Baquet and Mr. Kahn cited “a difficult stretch for our audio team,” but did not go into details of why Mr. Mills had resigned.

“We are keen to help build the systems and structures needed to support the rapid growth and management needs of audio and make the team a far more integrated part of the newsroom,” the memo says. “We owe each other a culture of cooperation, collegiality and respect in our workplace.”

The Times’s efforts to correct for Caliphate’s errors included an editorial note published in December that the podcast had put too much faith in the misrepresentation or exaggeration of one of its main themes. In an audio interview with Michael Barbaro, the host of “The Daily”, Mr. Baquet attributed the show’s shortcomings to “an institutional failure”. The editorial note and the audio interview followed a month-long internal investigation into the coverage of the podcast.

After the correction, people who worked with Mr. Mills in his previous job posted complaints on Twitter about his behavior towards women in the Radiolab workplace and in social settings. In response to the complaints, Radiolab issued a statement last month: “We hate that this happened and apologize to those who failed. At that time, the show’s management initiated a response from WNYC to deal with Andy’s behavior, but it didn’t go fast enough and it didn’t do enough. “

Mr Mills said in his online post on Friday that his departure from The Times was not due to problems with “Caliphate” and wrote that people in senior positions in the newspaper “did not blame us”.

After posting the editor’s note, he added, “Another story surfaced online: My lack of punishment was due to entitlement and male privilege. This accusation gave some the opportunity to revive my previous personal behavior. “

He admitted previous mistakes and wrote, “Eight years ago I gave a colleague a back massage during a team meeting. Seven years ago I poured a drink on a coworker’s head at a drunken bar party. I look back at these actions with extraordinary regret and embarrassment. “

He wrote that when he was hired, he told The Times about his past mistakes and received good reviews for his work in the newspaper. He also said he received a promotion in December. But in the weeks after Caliphate’s errors were publicized, “allegations on Twitter quickly escalated to the point where my actual flaws and past mistakes were replaced by gross exaggerations and unsubstantiated claims.”

In the end, he wrote, “I believe it is in the best interests of me and my team to leave the company at this point. I do this without joy and with a heavy heart. “

On January 27, the Times announced that Clifford J. Levy, the newspaper’s underground editor since 2018, had been promoted to deputy editor-in-chief. As part of his new role, he was hired to temporarily advise the audio department.

Informative Report On IT Enterprise Administration Market 2021 With ServiceNow, Axios...

6 New Wellness Merchandise Our Editors Use (Virtually) Each Day