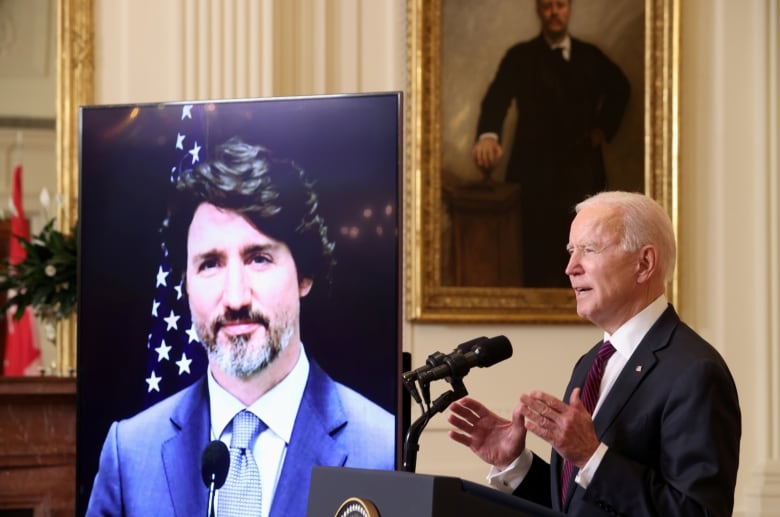 Dealing with an economically more confident and sometimes politically warlike China dominated the official and unofficial dialogue between the G7 leaders on Saturday, a high-ranking government official said.

It also played an important role during a brief personal conversation between Prime Minister Justin Trudeau and US President Joe Biden on the sidelines of the summit.

In both conversations, the official, who spoke in the background, said Trudeau had raised the plight of two Canadians, Michael Kovrig and Michael Spavor, who were arrested by Beijing in retaliation for the arrest of a senior Chinese telecommunications manager, Meng Wanzhou.

Trudeau and Biden spoke directly about the work in progress towards the release of the two men. While there was another, broader discussion among all the leaders about the ongoing detention and the international show of solidarity that accompanied their trials, the official, who was not empowered to speak publicly, said.

The opening of the border is also discussed

Separately, the Prime Minister and President also discussed the steps both countries are considering to reopen the border cautiously and gradually.

It’s the first time the two have met face-to-face since Biden’s election as president last November, despite having had virtual conversations.

For the G7 heads of state and government meeting in Carbis Bay on England’s southwest coast, the main challenge was to compete against Beijing’s increasingly aggressive efforts to attract developing countries to economic infrastructure projects.

The Chinese government, known as the Belt and Road Initiative, is funding the construction of key infrastructure projects – ports, railways and airfields – in strategic locations around the world to expand its influence.

The US is advocating a G7 initiative dubbed “Build Back Better for the World,” a global infrastructure plan in which the world’s leading democracies would offer an alternative to the Chinese plan.

“In this partnership, our G7 partners have agreed that our real purpose here is to show that democracies and open societies can come together and make a positive decision to meet some of the greatest challenges of our time, not just for our people, but for people around the world, “a senior US government official, who also spoke about the background, said ahead of the meeting on Saturday.

After the morning session, the Canadian official, who briefed journalists traveling with Trudeau, said there was broad consensus on the overall strategic approach to China.

However, the official tried to downplay the obvious differences between the sharper US, UK and Canada on the one hand, and the somewhat lukewarm European G7 members, some of whom have shown interest in Chinese infrastructure projects.

The World Bank estimates that developing countries will need a total of $ 40 trillion in new and renovated infrastructure by 2035.

Apple iPhones Can Quickly Maintain Your ID. Privateness Consultants Are On...