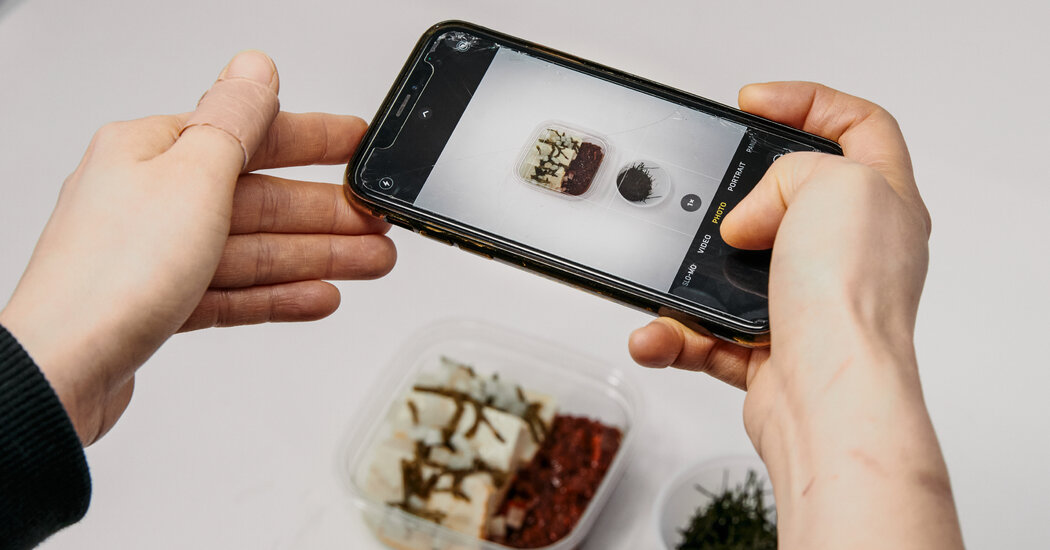 LOS ANGELES – Jihee Kim was a chef at Rustic Canyon in Santa Monica, California, making tender malfatti and green pozole with clams and clams. But all the while she dreamed of opening her own place.

It would be like in her favorite banchan shops in Busan, South Korea, where she grew up. Ms. Kim sold starchy Japanese yams braised in soy sauce, tender omelets rolled into perfect spirals with seaweed, and cucumber fermented with sweet Korean pears.

It was just a dream – until last year the pandemic forced restaurants to close and a wave of unemployed, entrepreneurial chefs began rethinking their careers and reshaping the take-out scenes in their cities with new, local food businesses.

Ms. Kim joined a wave of restaurant chefs across the country, improvising new pop-ups, promoting her menus on Instagram, and changing the way so many diners order food.

It’s more unpredictable and chaotic. I’ve set up calendar notifications for more than 50 menu items on Instagram and notifications for new posts on around 100 accounts. Well worth it for Alan Cruz’s smoky cochinita pibil; three-layer citrus fruit cake with candy made by Sasha Piligian; and oxtail patties from Rashida Holmes.

Although I sometimes miss a place or a special one, I also find my way to others. And a capricious algorithm points me to pop-ups across the country, from Jessica and Trina Quinns pelmeni in Brooklyn to Anwar Herron’s gruff fried chicken in Napa.

When Instagram launched the Shop and Reels tabs on its homepage last November, prioritizing popular brands and influencers, I feared the platform would be more hostile to tiny food pop-ups. But chefs have managed to rely on direct messages or link to forms, custom shopping pages, or third-party apps.

This type of decentralized ordering process can be confusing for guests. It’s up to you to keep a close eye on each business, remembering the schedule, pick-up rules, and payment methods for each pop-up, and some chefs are more organized than others. Information flows into a mix of stories that disappear after 24 hours and posts and can change from week to week.

Even so, and the fact that most pop-ups aren’t regulated by health officials, Instagram has become one of my favorite takeaway menus. Perilla, Ms. Kim’s pure pop-up window, shows why.

Ms. Kim, 34, started Perilla from her apartment in Koreatown, Los Angeles last May. Like all guests, I ordered the food online and never went in, but I found the experience invigorating and intimate – the same person who bought all the produce at the farmers market also prepared and cooked all the food. The same person took my order, carefully packed it up and delivered it to me in my car.

There was a sense of trust and closeness to Ms. Kim’s kitchen throughout the process.

“Hello, are you eating bulgogi or later?” she asked me on the phone when I pulled up – a little late. “Because if you eat it now, I want to warm it up for you!”

As Ms. Kim got busier, she moved operations to a friend’s unfinished restaurant area that functions as a kind of cloud kitchen – a restaurant with no dining room. She brought a couple of portable butane stoves and induction burners to do the cooking, and her friend and fellow cook Sara Kang started to help.

The setup may be shabby – no ovens, no dining tables, no investors, no employees – but Ms. Kim’s food isn’t.

Ms. Kim works with anything that looks good in the farmer’s market when she goes, whether it’s a classic Korean combination of cabbage and kombu or a less traditional one made from celery root and mushrooms. It’s delicious, beautifully presented, and travels well, and exciting to have access to every week.

This barrage of new pop-ups can seem like a ray of hope when restaurants struggle or close, but the pandemic hasn’t exactly created opportunities for chefs – in many ways, it has made them harder to get at. Hundreds of thousands have been laid off or laid off, and of those who continued to work on the front lines, many became sick from exposure to the virus at work.

With no safety nets, chefs emerged from the rubble to build their own independent, makeshift businesses and shift their skills as gourmet chefs or their connections with suppliers and farmers to new projects. It’s exciting but precarious.

In May, Erik Piedrahita, formerly Executive Sous-Chef at Bon Temps in Los Angeles, built a stone oven and grill in his father’s backyard, a few miles from Griffith Park, the pick-up location. Diners who placed orders on Instagram have been waiting for their orders and their picnic or driving the food home.

“I have no formal grilling training at all,” said Mr Piedrahita, who started grilling in the neighborhood on Instagram last spring and recently switched from taking orders through his direct messages to Tock. “But I took what I knew from restaurants and tried to apply it to barbecuing.”

Mr Piedrahita, 33, buys meat from the same suppliers as Bon Temps. It salt and grill about 60 pounds of short ribs and 20 pounds of chicken a week, cook them over fire or slower over embers, and is constantly selling out. The chicken last weekend was dark and sticky, smoky and juicy.

Nevertheless, in the last few months he has considered giving up the project completely at least twice.

Although Mr. Piedrahita has been visiting restaurant auctions over the months for bids for stainless steel prep tables, a powerful Vitamix, and other equipment, he doesn’t have the cooling needed to run a major operation. Most home kitchens don’t.

“I basically have a cloud kitchen in my father’s house,” he said. “And to make it really financially viable, we would have to expand to sell on more days.”

This is not possible without more cooling, but the circumstances have changed his work-life balance and temporarily changed his ambitions. “I miss restaurants, but right now I see my father every day,” said Mr Piedrahita. “I have time to lead a life and not just be in the kitchen from morning to night.”

On a busy weekend, Kevin Hockin sells about 600 thinly crusty, lightly charred pizzas through a gap in his fence at home in Altadena, California. Side pie is a minor operation, but even if there was room to grow, Mr. Hockin believes 1,000 pizzas per weekend would probably be the limit for now.

“This pandemic opened our eyes to how things must change forever,” he said. “Everyone in the industry was used to working their way to death and now everyone is reconsidering it.”

After closing Collage Coffee in March and putting the construction of his new restaurant in Altadena on hold, Mr. Hockin worked with Irfan Zaidi, formerly of Roberta, on his pizza technology.

He posted photos of pizzas and chihuahuas in cute hats on Instagram and quickly developed a small but dedicated fan base for the cakes.

Mr. Hockin, 38, designed tie-dye goods for sale. Ms. Piligian, a former pastry chef at Sqirl, baked seasonal cakes that he could sell for dessert. The operation was temporarily suspended after a neighbor called the Los Angeles Department of Health repeatedly to complain.

Mr Hockin has reopened his café and is waiting for permission in his restaurant so that he can legally operate side pie. “It’s a total traffic jam,” he said. “But I have to use this bootleg pizza operation outside of my yard to cover the losses of my coffee shop and pay my employees.”

For chefs who don’t have the social media to promote their business on Instagram, or for immigrant chefs who may not be fluent in English, direct messaging can find the writing, marketing, and unexpected customer service issues a challenge manage.

29-year-old Sophia Parsa works with her mother Farah Parsa (62) and helps with the packaging and translation of her Persian home-style food on social media. It’s an integral part of their business, Golden Rice, which is currently being picked up at the West Hollywood Club Bootsy Bellows.

The women cooked their first pop-up in their Los Angeles kitchen last July, posted details on Instagram and turned around 40 Iranian-style rice domes with shiny, crispy bottoms into delivery boxes.

The tahdigs were piled with tiny, flavorful barberries and came with mast, a thick, creamy yogurt with herbs. Their food has since become so popular that the Parsas have added three more chefs and two drivers to their team and switched from four plug-in ovens to more equipment.

The expansion looks promising, but for many chefs currently thriving on the fringes of the restaurant industry, it is difficult to sit back and enjoy.

“It’s just weird to feel so excited about it at a time when restaurants are so successful,” Ms. Parsa said of Golden Rice’s growth. “They’re all tied to leases and things they can’t get out of, and it’s a huge mess.”

Ms. Parsa previously worked as a community leader for an education start-up, but most of her new hires are chefs laid off from their restaurant jobs during the pandemic. They help the pop-up scene grow.

“We’re not tied to anything at the moment,” she said. “We can stay lean and that makes it possible to do what we do.”

The Kabul Airport Assault Ought to Have Introduced Individuals Collectively