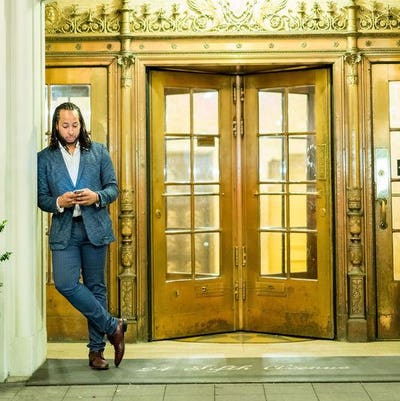 The State of Black Entrepreneurship will be a year-long project of historical research, new data, and immersive, multimedia storytelling.

In 1994, a year after his death, Reginald F. Lewis published his biography “Why Should White Boys Have All The Fun?”, A chronicle of his experience that feels practically invisible in the business world. Lewis was the first black man to set up a billion dollar US company, but his name and face have been and are largely unknown. The book describes the struggles he faced as a black man in what he called the “world of whites”.

Too little has changed since Lewis’ death. Black Americans are often forgotten from history. They are often overlooked and squeezed out – and therefore not given the same opportunities. There are only four black CEOs of S&P 500 companies (there will be five in March when the only black female executive takes the helm), only 9% of companies are black-owned, and about 1% of black-owned companies have one Companies receive capital financing. Lewis’ story is about black wealth, a story that is still warped. Because (bes) The Culture has the mission to change this.

We want to precisely define, correct and create the Black story. Our “State of Black Entrepreneurship” project is diverse: it includes historical research results that reveal decades of forgotten and exuberant business successes by Black, as well as new quantitative data and original multimedia storytelling that shows how Black Entrepreneurship stands today across industries – and where it is headed .

Much of the rectification will be done here: February, the coldest and shortest month of the year, has long been considered a time to celebrate black history and support the black community. We are gathering entrepreneurs, executives, celebrities and other change makers to join our campaign to postpone this compliance until June – a time when black businesses can better capitalize. June is the month that celebrates June 19th, the public holiday that marks the end of slavery in the United States. Last year, shortly after the murder of George Floyd in late May, it was also the month when much of the world faced increased reckoning with racial injustice. We acknowledge that June is also the month of pride. We intend to complement the ongoing efforts to celebrate the LGBTQ + community and shed light on the importance of intersectionality and collective liberation.

But a month, regardless of the month, shouldn’t be the only time we black Americans celebrate, honor, and support. Because black history is American history. Because (bes) culture and its pioneering community want to be at the forefront of making this an omnipresent reality. The fate of the future Reginald F. Lewises depends on it.

I am the Director of Culture & Community @ Forbes founder of For (bes) The Culture, CultureMakers INC, the Sporty Marketing Group and TrifectaMMM. . I come from the west

I am the Director of Culture & Community @ Forbes Founder of For (bes) The Culture, CultureMakers INC, the Sporty Marketing Group and TrifectaMMM. . I’m from West Philadelphia (born and raised). Find me on social @King_Spit

I’m a reporter at Forbes covering aspiring entrepreneurs in the fields of color, women, and leadership – and food when I can. I’m also the editorial director of Forbes’ For (bes) The Culture

I’m a reporter for Forbes, covering aspiring entrepreneurs in the fields of color, women, and leadership – and food when I can. I’m also the editorial director of Forbes’ For (bes) The Culture community, which aims to create equitable business avenues for black and brown professionals. I’m originally from Bay Shore, Long Island, NY, but I spent my college years at Boston University where I studied journalism and Spanish. I live in Brooklyn now. Aside from my passion for storytelling, I am a lover of all things food and wine – just not Chardonnay. Before joining Forbes, I worked at Wine Spectator, where I studied wine, food, and pop culture.

Mother and father’ revenue, not smarts, key to entrepreneurship – examine