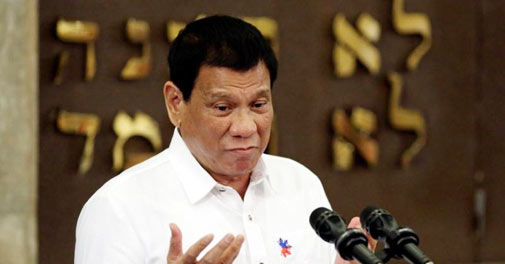 As one of the hardest hit countries in Southeast Asia, the Philippines has been heavily criticized for the government’s handling of the virus, which has resulted in the deaths of 23,000 people in the country

In a televised address to his compatriots, Philippine President Rodrigo Duterte threatened to put those behind bars who showed no readiness for Covid vaccination. He went ahead and asked the anti-Vaxxers that if they continued with their behavior they could move to “India or anywhere else like America”. As one of the hardest hit countries in Southeast Asia, the Philippines were previously heavily criticized for their governments’ handling of the virus, which has resulted in the deaths of 23,000 people in the country.

“Do not get me wrong. There is a crisis in this country. There is a national emergency. If you don’t want to get vaccinated, I’ll have you arrested. And I’m going to inject the vaccine up the buttocks. They are pests. We are already suffering and you are adding to the burden, “Rodrigo said in his recorded address.

The guide went on to explain how these unvaccinated people will threaten the safety of other people by being the virus carriers in the country and issued another warning stating that he will inject ivermectin into the people who will not be vaccinated, an anti-parasite used in animals.

“So all Filipinos who listen, watch out. Don’t force my hand into it. I have a strong arm for that. Nobody likes it. But if you don’t get vaccinated, leave the Philippines. to America. But as long as you’re here and you are a person who can carry the virus, get vaccinated, “Philadelphia quotes Inquirer.net.

With a population of 110 million, the Philippines is one of the most populous countries in South Asia. And according to a report by the ANI news agency, the currently confirmed Covid cases in the country have reached a whopping number of 13,72,232, while the Philippine Ministry of Health (DOH) recently reported 4,353 new COVID-19 cases.

Also read: This country plans to detain those who refuse to be vaccinated

The Benefits Of Companionship Care Are Numerous

The Benefits Of Buying Luxury Properties For Sale