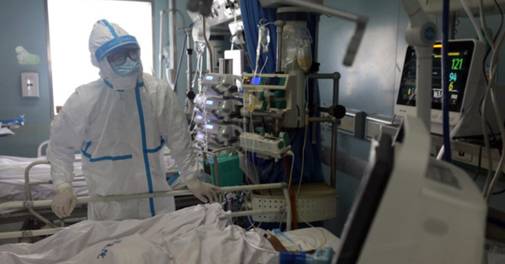 A 59-year-old COVID-19 patient, who was also diagnosed with black, white and yellow fungal infections, died here, the treating doctor said on Saturday.

“Kunwar Singh was receiving treatment, but passed away at 7:30 pm on Friday from toxemia (blood poisoning caused by toxins),” said Dr. BP Tyagi, ENT specialist at Harsh Hospital in the Raj Nagar area of ​​PTI City.

The doctor said Singh, a lawyer from Sanjay Nagar in the city, recently reached out to him on Covid terms.

“The yellow fungus was detected alongside the white and black fungi during endoscopy on May 24,” added Tyagi.

Meanwhile, he said his hospital was treating another 59-year-old Muradnagar man who was also discovered with yellow fungal infections.

“The fungus in Rajesh Kumar, a resident of Muradnagar, was discovered near his brain. Half of his jaw was removed,” he said.

He also has toxemia, but the level of infection is lower than what Kunwar Singh had, the doctor said, adding that the patient is on antifungal drugs.

Ghaziabad, bordering Delhi to the west of Uttar Pradesh, has so far recorded 434 deaths related to COVID-19 and 1,779 active cases of coronavirus, according to official figures updated through Saturday.

In the meantime, the district administration announced that to date 65 cases of fungus have been discovered in patients in Ghaziabad and one of them has died from it.

District Judge Ajay Shankar Pandey said of the 65 people infected, 31 have recovered while 33 are still being treated in different hospitals.

According to official figures, those discharged from hospitals must be treated for at least 21 days.

There are four private hospitals in Ghaziabad – Harsh, Max, Yashoda and Pulmonic – that treat patients infected with fungus, officials added.

The Uttar Pradesh government recently made black fungus, or mucormycosis, a reportable disease under the Epidemic Diseases Act, they added.

Also read: Mucormycosis: After black, white, the first case of a yellow fungus occurs in Ghaziabad

Biden to talk on curbing delta with vaccines, different instruments

India To Open Covid-19 Vaccinations To All Above 18 Years Of...