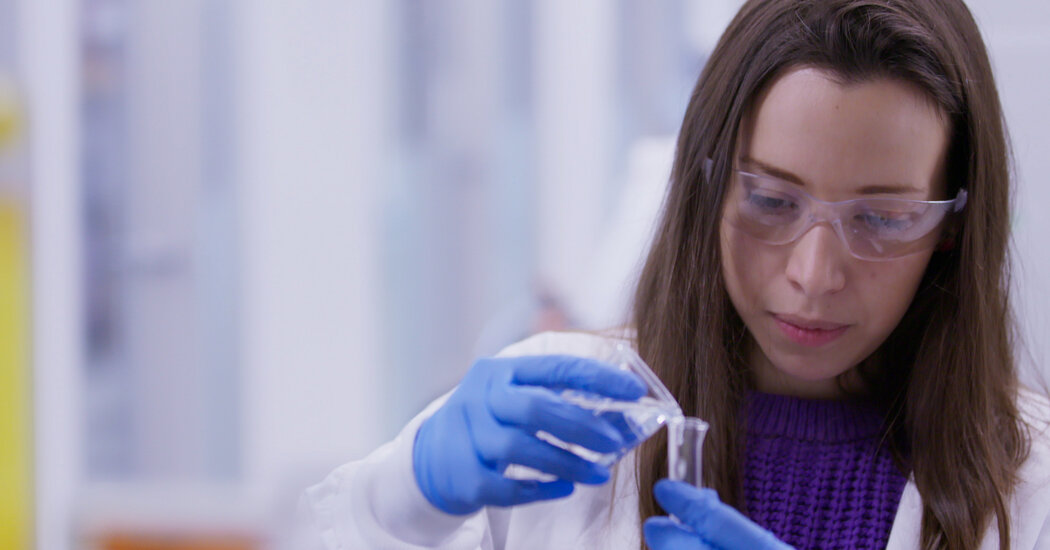 Entrepreneurship is a game of chance, so it seems remarkable that the Global Student Entrepreneur Awards are being held off the coast of Hong Kong with $ 100,000 in prize money for the best pitch in casino-heavy Macau. But the five young themes in this documentary, “Own the Room” (streaming on Disney +) play as much on us as they do on them.

Hiding like a pair of aces in a solid but unremarkable hand of poker, is a story arc that not only adds to the dramatic tension, but also highlights the film’s more compelling ideas, skillfully linking the documentary’s subject stories to their political subtext.

Directed by Cristina Costantini and Darren Foster, “Own the Room” is an all-round competent documentary that introduces the five students and follows their journey to the entrepreneur’s semifinals. Beyond their projects, the motifs present themselves to the viewer in a way that feels particularly powerful. The aspirations of one subject personify an American dream, while the motivation of another motivates the failure of the dream.

Although the format in which these stories are told is little new, the details of the young people’s backgrounds and the geopolitical complexities that they embody are fascinating again and again. Daniela Blanco has witnessed the devastation of her homeland Venezuela by the war and has found a home in New York for her work, which uses solar-powered electrochemical and thermonuclear reactions to make synthetic materials such as nylon. The Alondra Toledo family bakery fed thousands of people in Puerto Rico after Hurricane Maria, and the desperate need for medical assistance during that disaster informed Toledo’s goal of improving communication between deaf patients and their non-sign language doctors.

While these specifics are fascinating, they feel separate from a more concrete and critical whole. Although Blanco’s feelings about Venezuela and the different economic structures in their home country and their New York homeland could influence their approach to their vocation, “Own the Room” no longer poses challenging questions about how money and opportunities are changing student philosophies. With a wider lens, the documentary could ask the question of whether owning the space is within reach or whether the house always wins.

Own the room
Not rated. Running time: 1 hour 30 minutes. Check out Disney +.

Carpet Cleaning Services for Your Home

Water Damage Cleanup – How To Do It Correctly

Why Is There a Blue Crab Scarcity in Maryland?