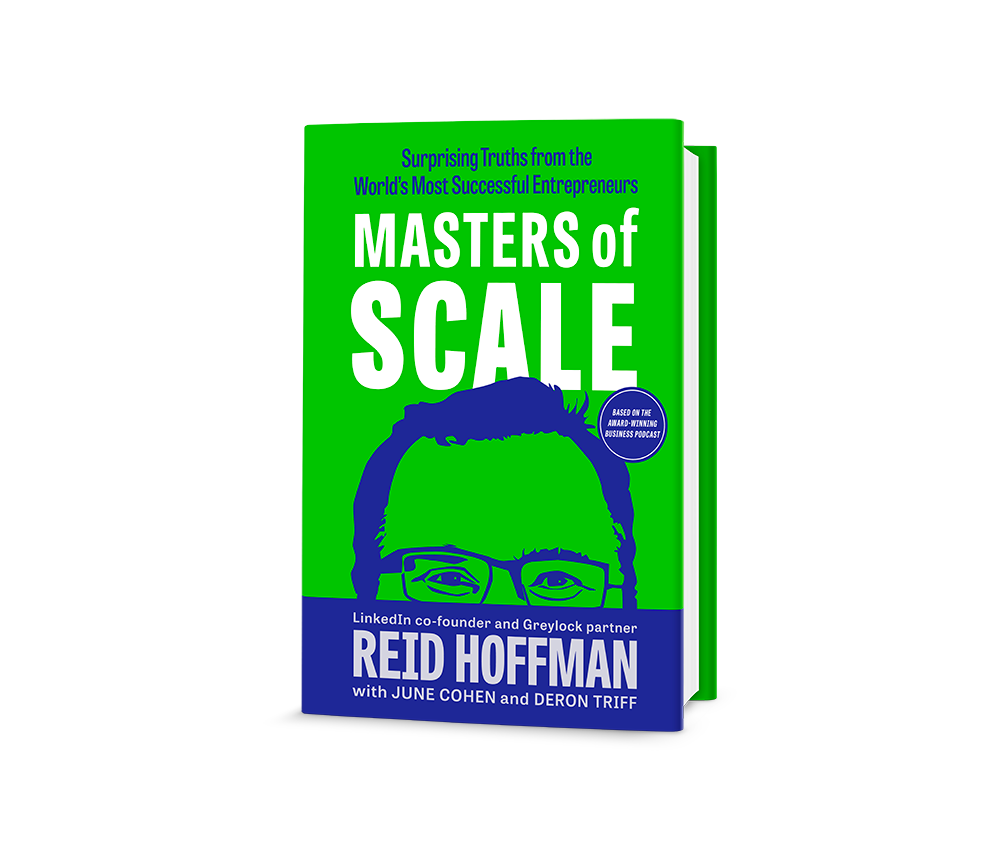 If you fancy an encouraging conversation, who better to turn to than a well-connected, optimistic mentor who is naturally in your corner? That kind shoulder is the role Masters of Scale wants to play.

Inspired by the hit podcast of LinkedIn co-founder and Greylock partner Reid Hoffman, the new book was released this week, which Hoffman co-authored with podcast producers June Cohen and Deron Triff. Peppered with anecdotes and actionable insights, the strength of the book is entirely due to the diversity of entrepreneurs represented in the text. Not only does the book hold on to technology leaders, it also draws lessons from Spanx founder Sara Blakely, Starbucks founder Howard Schultz, and Union Square Hospitality Group CEO Daniel Meyer. Like any good mentor, the book is realistic. Mentors know you’re not yet Bumbles Whitney Wolfe Herd or Airbnb’s Brian Chesky, but can learn universally applicable lessons from these leaders so you can relate to them.

Although the press wasn’t a main character in the book, “Master of Scale” has already changed the way I view the way I interview founders. Tristan Walker’s lessons led me to ask more questions about founders and their most controversial beliefs rather than how they plan to spend their new round of funding. A note from Andrés Ruzo made me realize that a startup that makes too much sense can be an easy read, but possibly not a moon shot that shakes the world; in other words, chase those startups that have too much seemingly foolish ambition – because that is where the best progress and stories may be made. Ultimately, it confirmed my belief that the best litmus test for a founder is when they are willing to speak honestly and humbly about the difficulties ahead.

Through every feel-good story, I’ve waited for the pandemic to be addressed. The impact of the pandemic on startup counseling has been largely limited to a single chapter on the art of the pivot. Rather than sprinkling with advice on how to deal with the impact of the pandemic on venture capital, finance, and markets in general, the book limited its references to the catastrophic event. That choice keeps the advice evergreen smart. Even so, I felt that the book’s decision not to talk much about the ugly thing in startup country created some kind of imbalance. It would have benefited from talking directly about divisive dynamics, starting with the way weWork’s Adam Neumann influenced the way we talk about visionary founders, Brian Armstrong’s Coinbase memo, and what it does for startup culture means or even the role of today’s tech press. One could argue that the book never purported to be journalistic but wanted to play the role of a cheerleading mentor, not a cynical one.

Writing a book based on a successful podcast isn’t necessarily a walk in the park. Audio is a very different medium from written text, and it takes some finesse to translate the charisma and humility of vocal banter into text. Hoffman and the authors therefore certainly shine brighter in some stories than others, relying heavily on a repetitive but effective narrative arc throughout the text: introducing problems, presenting aha moments, offering solutions, and sharing universal lessons.

I read the book over a weekend; I recommend the same step to any aspiring entrepreneur, tech geek, or startup journalist looking to pick up a copy. Reid and the co-writers will do a fantastic job connecting the dots of 70+ entrepreneurs for you, but the real magic comes from what happens when you pause between stories – either to google a founder, with that you are in response to, to change your interview style or to finally start working on the idea, one day you can just blitzscale.

What Are The Requirements To Be A Diesel Mechanic

N2b entrepreneurship centre to create over 50,000 jobs | The Guardian...